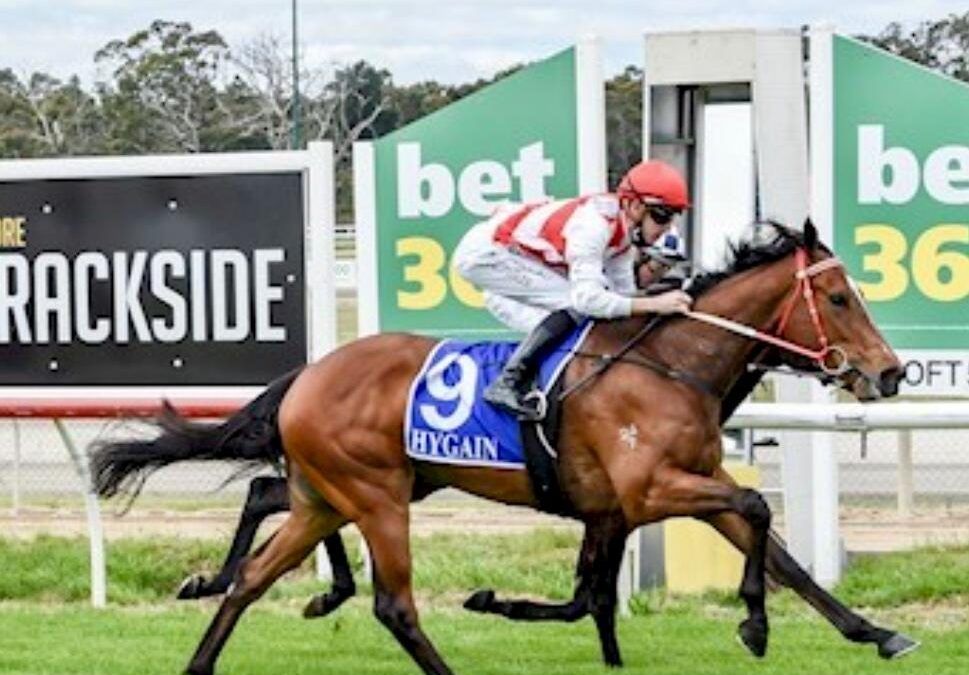 There may be no guarantees in racing but Shane Fliedner’s red and white diagonal stripes showing up on Bendigo’s big days is a pretty safe bet.

Fliedner has trained a winner on Bendigo’s Cup Day program seven times in the past 11 years and has also claimed the Gold Bracelet and Bendigo Guineas from the town’s annual autumn standalone fixture.

Saturday’s bet365 Golden Mile Raceday will include a strong representation from the local stable, who head across the road to the ‘Nursey of Champions’ with last start feature winners Hi Stranger and Air Defence.

“It is a big day for Bendigo,” the local trainer professed.

“They have two main days for the year the cup meeting of course and Golden Mile Day which nearly rivals Cup Day in a lot of ways.

“I’ve had a bit of luck and that’s a big thing for a local trainer to win a race on one of the main days and over the years I’ve had my fair share of luck so I am hoping that continues.”

While the Bendigo Cup may have eluded Fliedner, with two runner-up finishes, the $150,000 Listed Golden Mile (1600m) would make a nice addition to the mantlepiece with Echuca Cup winner Hi Stranger likely to be the stable’s first runner in the event.

“His form is very consistent, and he is never far away in any race we put him in,” he said.

“We looked at the Echuca Cup before he started this preparation hoping to win that and lead into the Golden Mile.

“It has been on the agenda for 12 months and we’re nearly there.”

The stable is on the look-out for a replacement rider however, with William Pike returning home to Western Australia this week.

Hi Stranger was an Adelaide Magic Millions purchase from part-owners Riverina Downs, the same sale he plucked stable-stars Tollesprit and Setinum from.

“Realistically he hasn’t reached his potential yet, down the track he should get over a little bit more ground and being by Zoffany,” Fliedner explained.

While Hi Stranger has been the flagbearer for the stable in recent years, one horse Fliedner is hoping can step up to the mark is last start VOBIS Gold Reef winner Air Defence.

The son of Stryker is owned in similar interests to Setinum, who also won the Bendigo Guineas in 2015.

“He just fell in but he did a hell of a lot of work from the 600 metres to the 200 metres and he was entitled to get a little bit weary,” Fliedner said of his win on All-Star Mile Day.

“We had some luck and got a bob of the head and he is a lightly raced horse and is probably still furnishing into being a racehorse.

“Coming back 200 metres you would think would be a benefit but we are going up a hell of a lot in class.

“This race sort of fell in place to something moving forward coming up three weeks after (The VOBIS Sires Guineas).”

Banking $131,000 alone for his last start victory, the three-year-old has already proven a savvy investment.

“The interest there was at the time I had his half-brother (Travail) and he was showing a lot of potential and unfortunately he went amiss.

“This bloke is looking a bit better and hopefully he can continue on with it.”

With both horses proven ion rain-affected ground, Fliedner is only growing in confidence with the potential of a soft track on Saturday.

The stable has enjoyed a great month on the track boasting a recent winning streak of five consecutive winners – which included two metropolitan wins and the Echuca Cup.